Dean obtained his MD at Osaka University and completed his doctoral degree at Kyoto University Graduate School of Medicine. He then did his postdoctoral work with Prof. Shuh Narumiya at the Department of Pharmacology, Kyoto University Graduate School of Medicine. He joined the collaboration research project between Astellas Pharmaceutical Inc. and Kyoto University (AK project), as an Assistant Professor in April 2013. Since April 2015, He holds a joint appointment as an Associate Professor at the Department of Drug Discovery Medicine and AK project, Kyoto University Graduate School of Medicine.
Dean is interested in the physiological function of cytoskeleton, particularly actin. He previously generated the knockout mice for ROCKs and mDias, the two important actin regulatory molecules and elucidated their in vivo roles and the underlying molecular mechanisms. On the other, he also worked as well with the atopic dermatitis model and the mechanism of T cell activation after he joined the AK project, Kyoto University in 2013. His research group current goal is to pursue interdisciplinary research that could link basic biological science and bedside clinical medicine and pave a way for the development of novel drugs for allergic and autoimmune diseases. 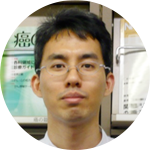